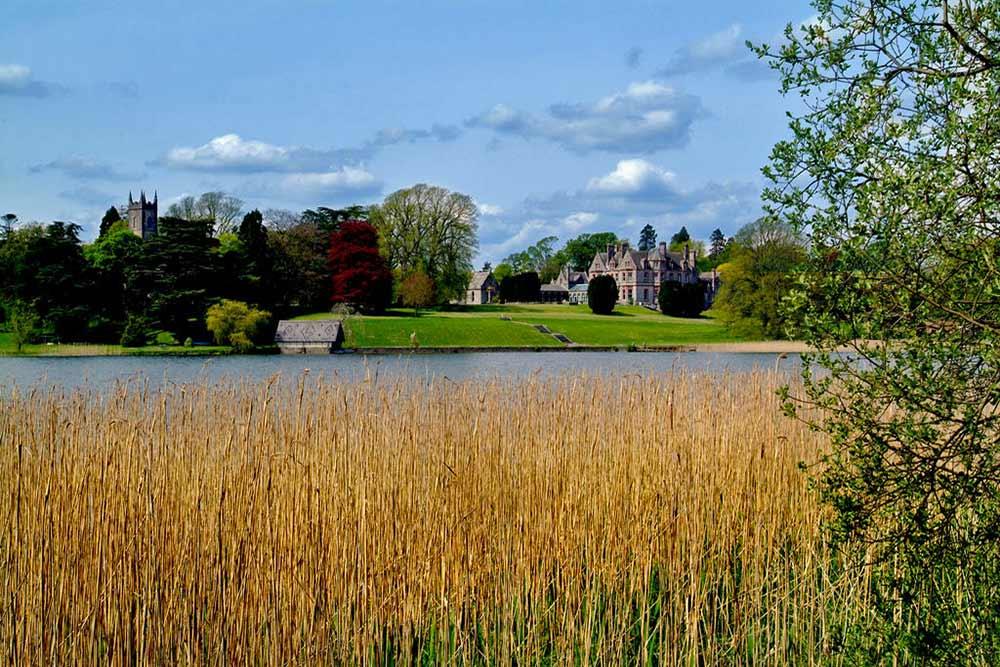 Ireland’s Ancient East is a region with plenty of historical twists and turns! From Viking Invaders and Norman Knights to High Kings, Monks and fleeing emigrants; visit places that boast great legends, strange tales and mighty battles. With experiences to entertain and delight the whole family. 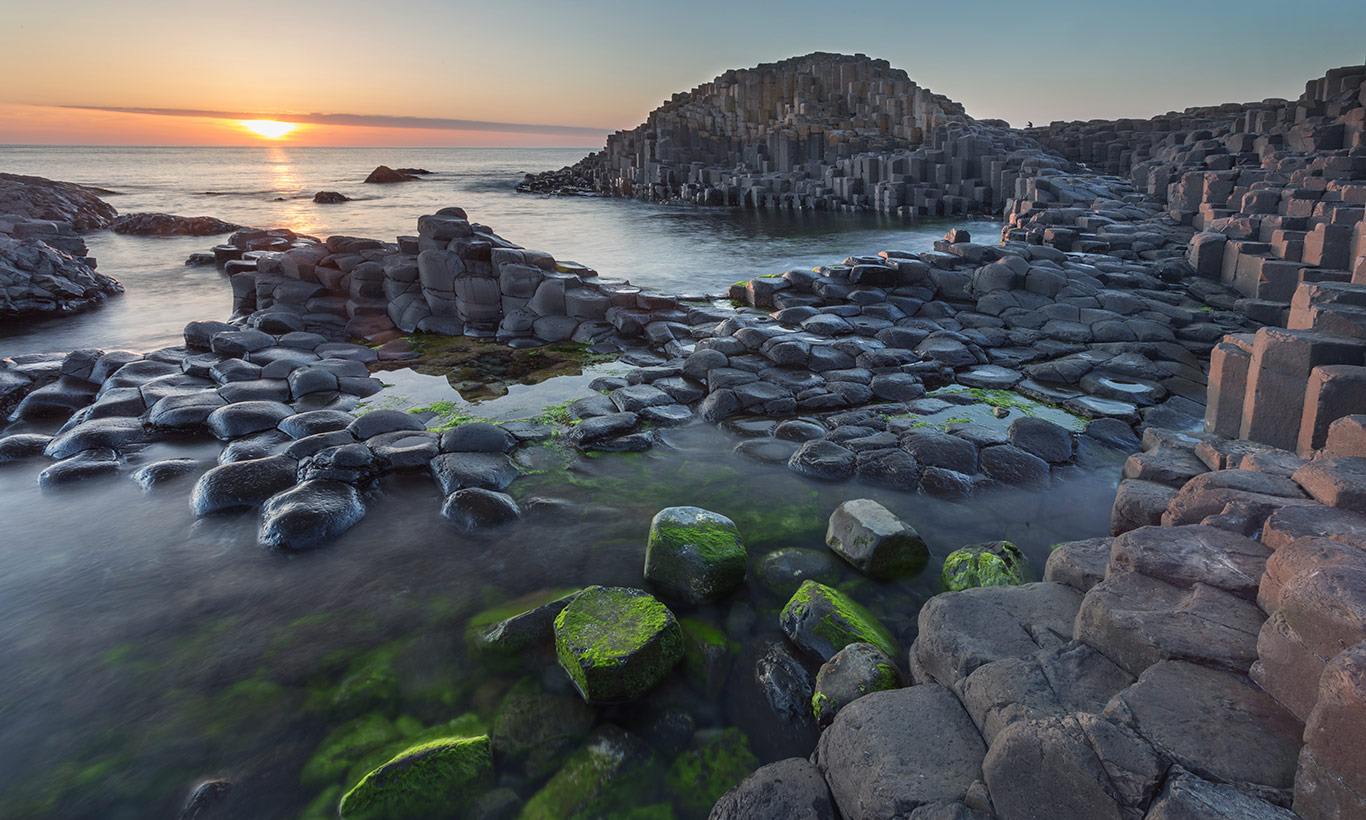 The jewel in the crown of the fabulous coast of Antrim. A site of World Heritage and therefore ranked alongside Mount Everest and the Giant Redwoods of California for its importance to humankind. Volcanic activity helped Finn McCool forge this wonder of the World some 60 Million years ago. It is today the habitat of rare plants and animals. 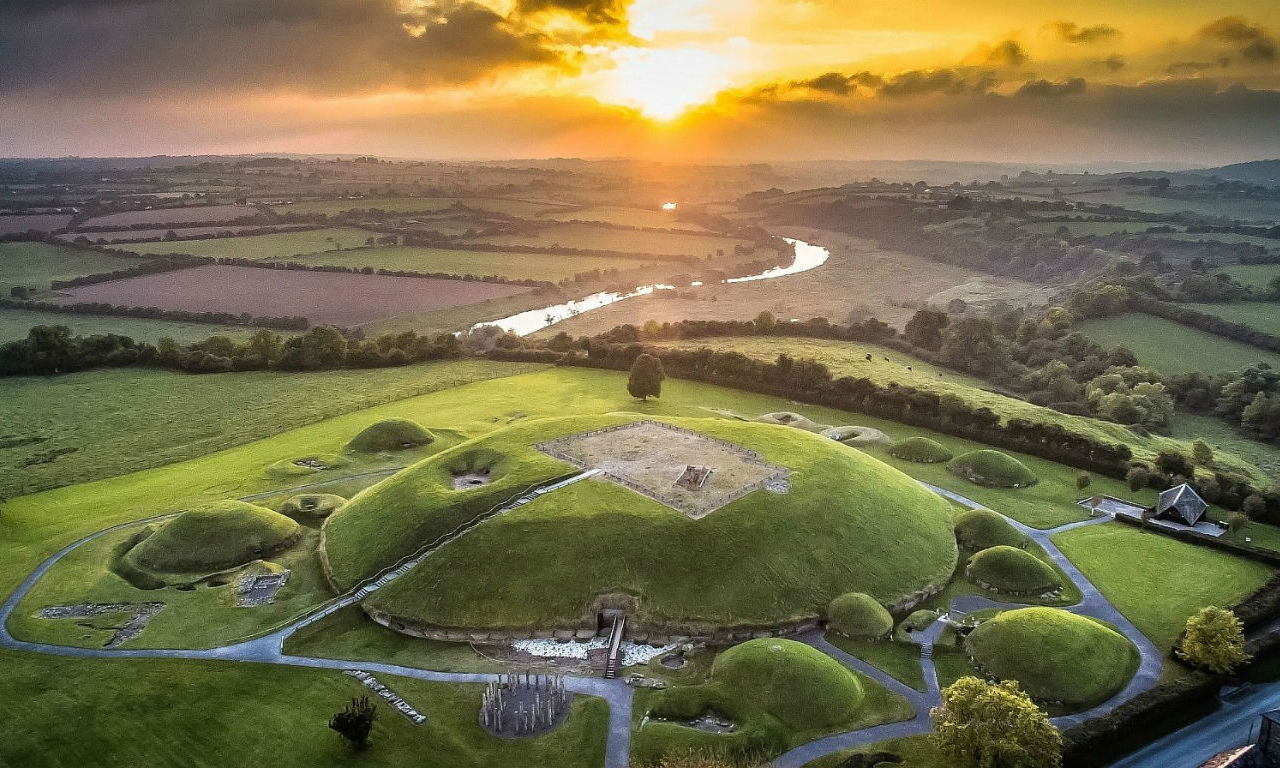 The Bend of the Boyne, or Brú na Bóinne, has been an important ritual, social and economic centre for thousands of years. Internationally renowned for its elaborate Neolithic passage tombs and containing the largest assemblage of megalithic art in Europe, its universal value was recognised in 1993 when it was designated a UNESCO World Heritage Site. 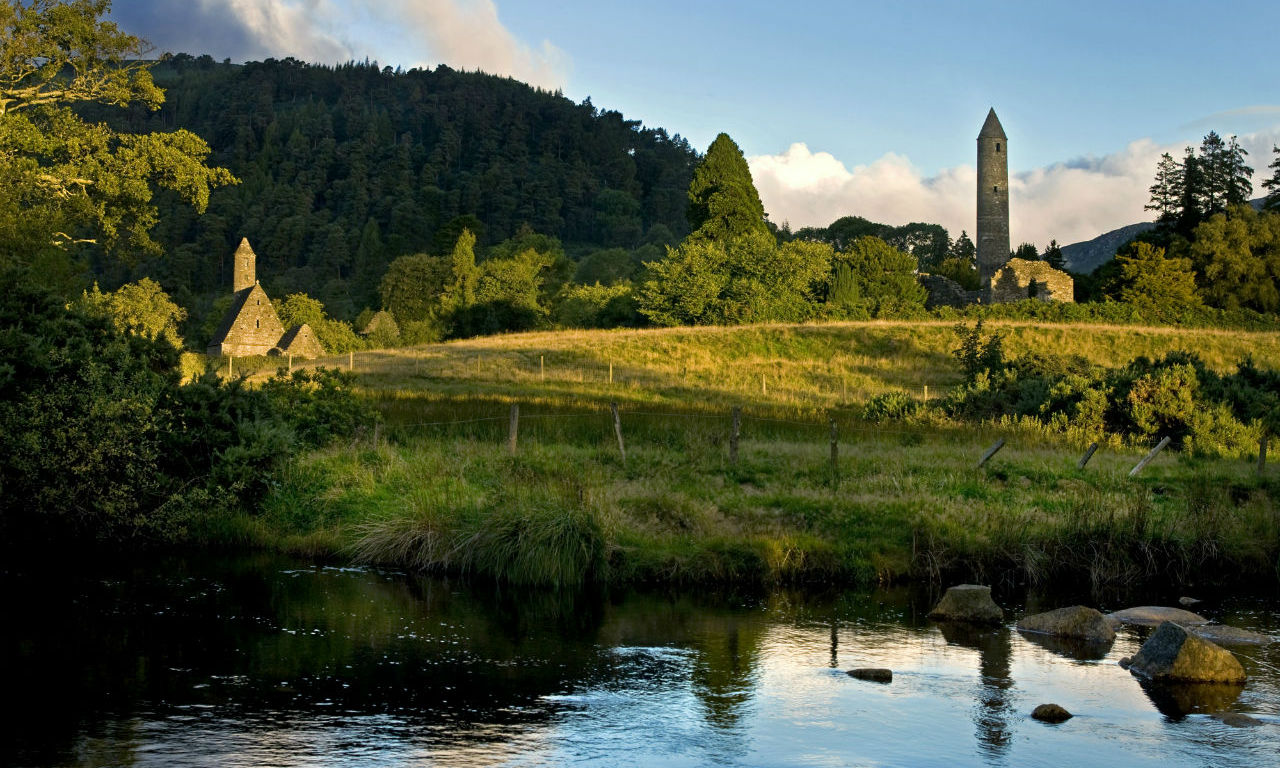 For thousands of years people have been drawn to ‘the valley of the two lakes for its spectacular scenery, rich history, archaeology and abundant wildlife. Glendalough is a remarkable place that will still your mind, inspire your heart and fill your soul. Glendalough is home to one of the most important monastic sites in Ireland. This early Christian monastic settlement was founded by St. Kevin in the 6th century and from this developed the ‘Monastic City’. The ‘City’ consists of a number of monastic remains, and the most impressive being the Round Tower which stands 30m high. 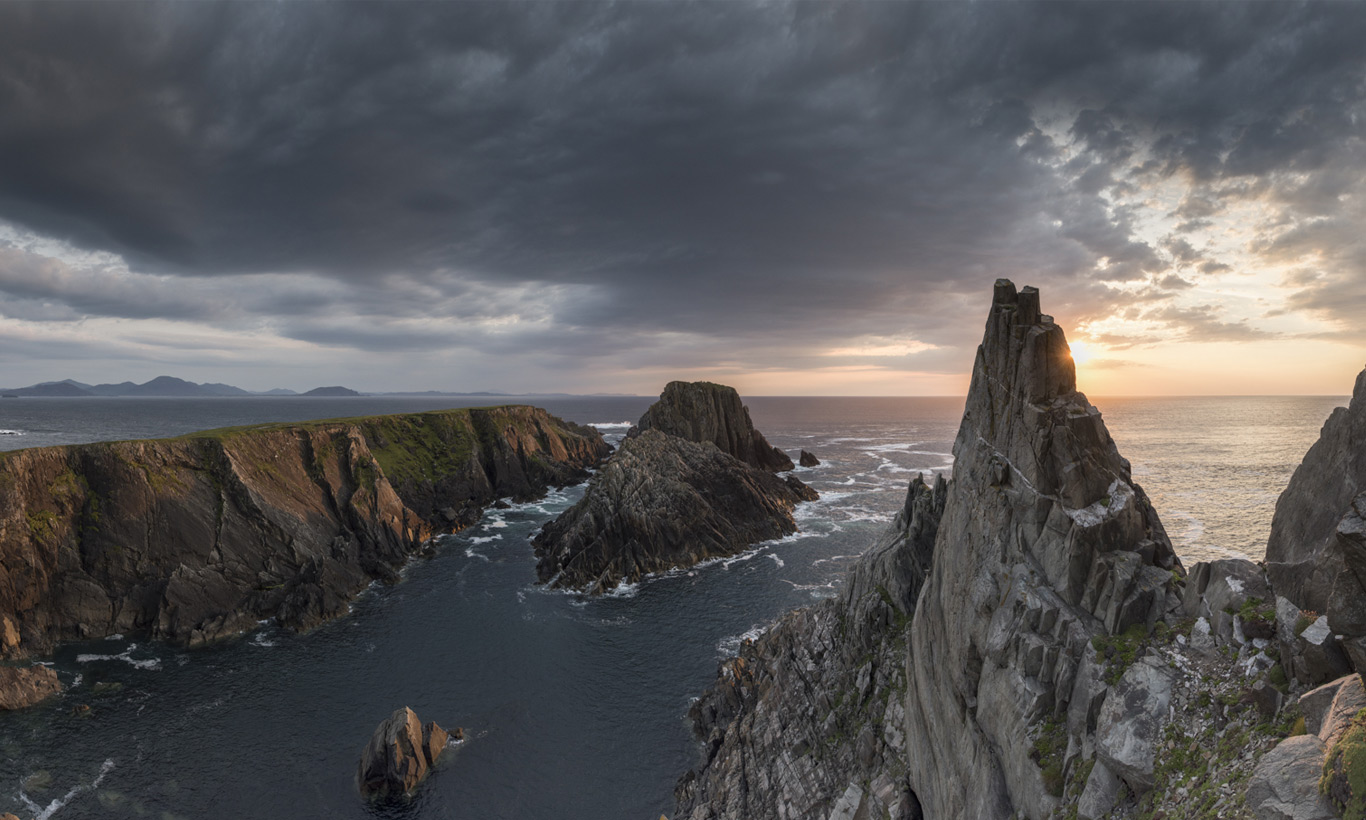 The Wild Atlantic Way is the world’s longest defined coastal touring route. From Malin Head in County Donegal, the country’s most northerly point, to Mizen Head in County Cork, the most southerly point, the route weaves and winds across 2,500km of beautiful coastline. With soaring cliffs, remote islands and beaches, historical sites, spectacular coastal scenery and world class cuisine along the route it is a trip not to be missed on your visit to Ireland.

From the coastal epic of the Dublin to Rosslare route along Ireland’s Ancient East, to inspirational journeys past mystical mountains, lakes and rivers there is a fabulous rail trip waiting for you. 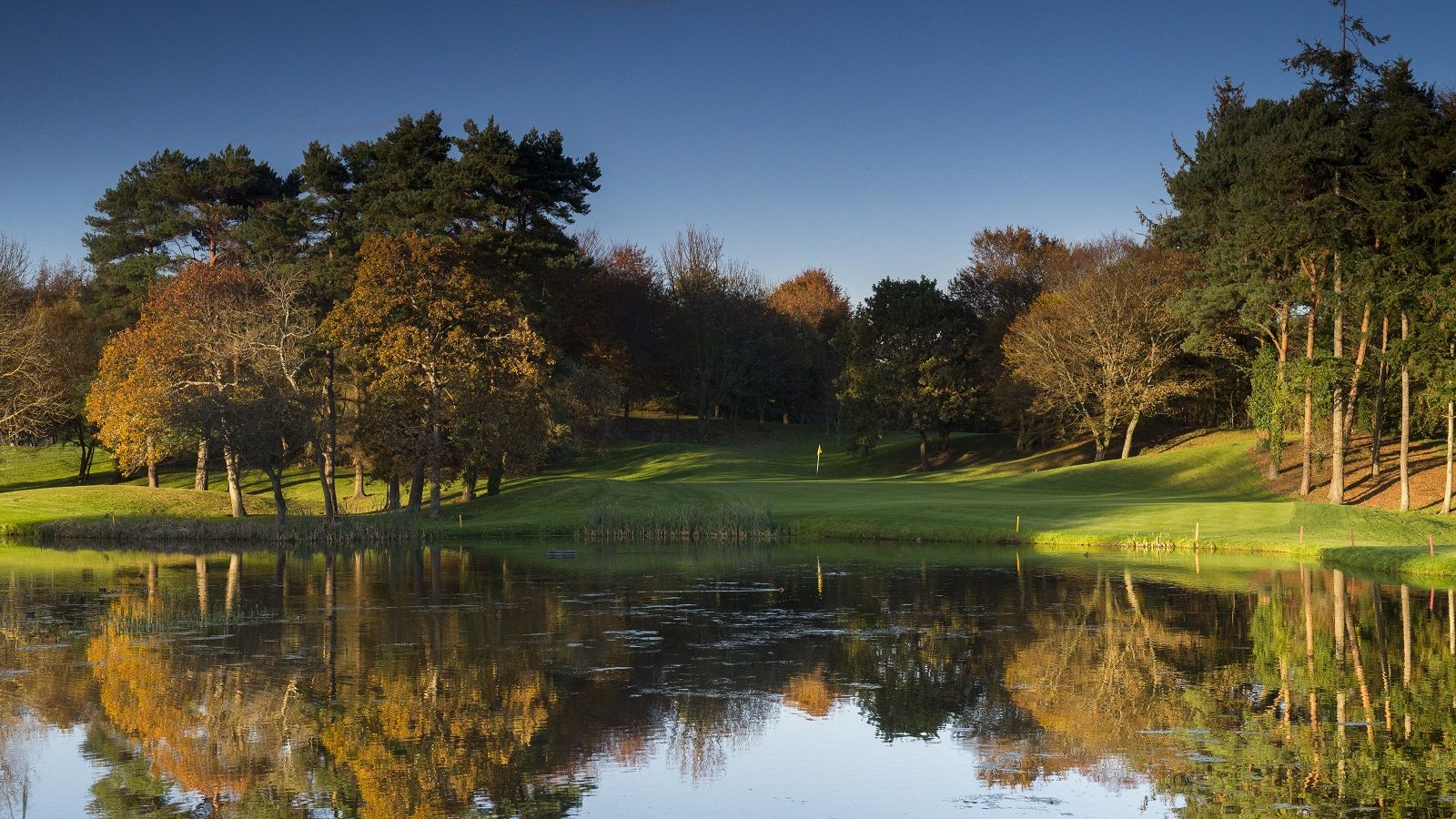 At the 5-star Druids Glen Hotel & Golf Resort, nature and luxury meet to create a memorable escape. Nestled in 360 acres of countryside between the Wicklow Mountains and the Irish Sea, yet only thirty minutes from Dublin, Druids Glen provides a sanctuary from the hustle and bustle of everyday life. The Resort features 145 spacious guestrooms and suites, eight conference and event spaces, dining options to include Hugo’s Restaurant, the Garden Rooms and Bar Sycamore Lounge along with a Spa, Health Club and two championship golf courses, Druids Glen and Druids Heath. A previous European Golf Course of the Year winner and known as ‘The Augusta of Europe, Druids Glen hosted the Irish Open for four years in a row, and has also hosted the prestigious Seve Trophy, a bi-annual event between the leading Tour Players of Britain & Ireland and continental Europe. 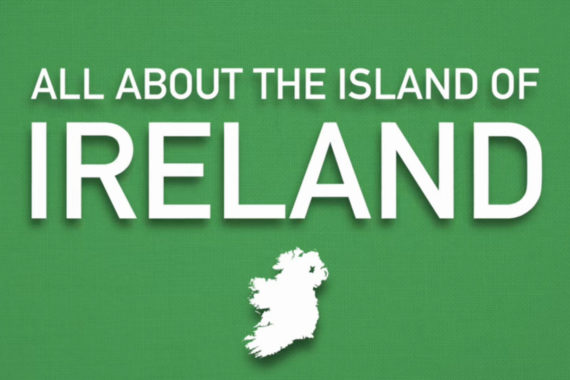 Travelling to Ireland? Find out everything you need to know for your trip here. From flights to ferries, we cover all travel options - and help you with your packing list, too!

Travelling to Ireland? Find out everything you need to know for your trip here. From flights to ferries, we cover all travel options - and help you with your packing list, too! 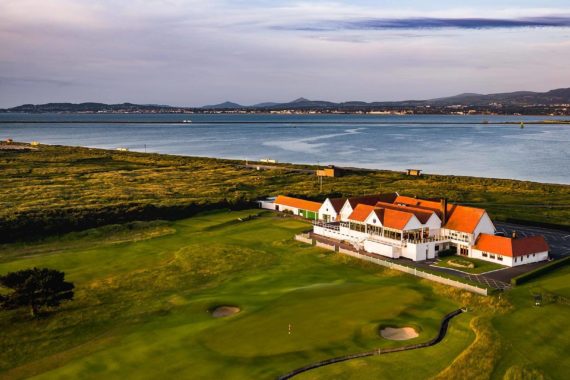 Traveling to Ireland? From Dublin to Belfast and everything in between, these are the Top 10 Essential Things to Do on the island of Ireland. Alex and Marko the Vagabrothers guide you to the very best of the Emerald Isle. 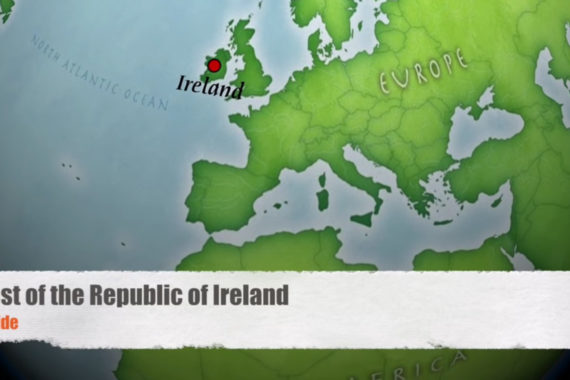 This video showcases some of the best of Ireland! You'll see some of the "do-not-miss" attractions and sights in the southern half of Ireland This only scratches the surface of what the Republic of Ireland has to offer.

This video showcases some of the best of Ireland! You'll see some of the "do-not-miss" attractions and sights in the southern half of Ireland This only scratches the surface of what the Republic of Ireland has to offer.